Great Deals on Supplements For Strength Athletes And Bodybuilders

Whether your goal is to increase muscle strength or size, we've taken the guesswork out of supplement shopping with the best products to help you get as big and strong as possible. And even better: we found discounts on all these supplements. Check out the deals below. 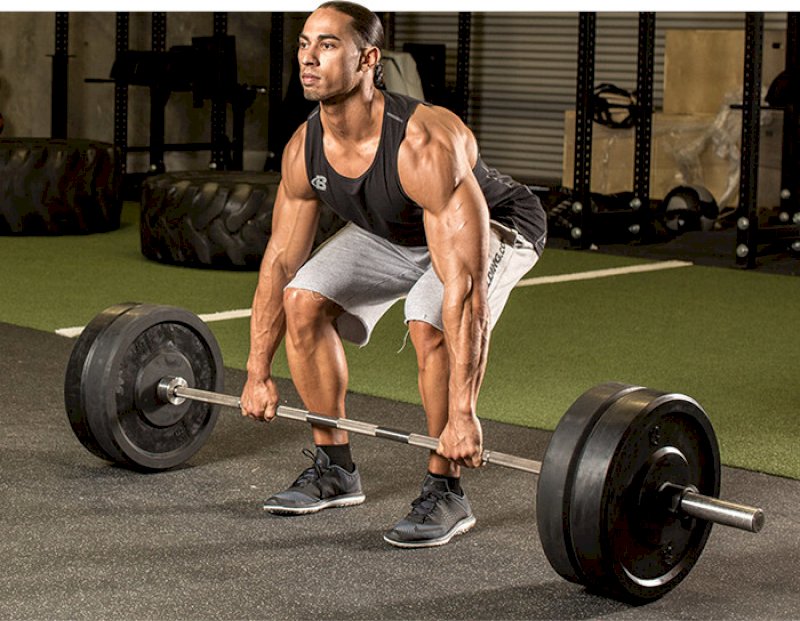 If your goal is to get as big and strong as possible, these eight products will help you do it.

This muscle-building, power-enhancing supplement has an extremely high safety profile and a plethora of evidence to support its efficacy. Creatine supplementation works by increasing the availability of creatine and phosphocreatine (PCr) within the muscle, helping to maintain energy during high-intensity exercise such as weightlifting. Furthermore, increasing the availability of PCr may help speed up recovery between sets.

Caffeine may be the most widely used stimulant in the world, and for good reason. It has repeatedly been shown to be an effective ergogenic aid in both endurance exercise and high-intensity activity. However, when it comes to strength performance, the effects of caffeine are a little muddier.

While there's some research suggesting caffeine consumption prior to resistance training can increase one-rep max (1RM) for the bench press, other studies have found no strength benefits from caffeine.

That being said, caffeine has been shown to decrease rates of fatigue and lower perception of effort, which may be of benefit during high-intensity, high-volume workouts, or if you just need a little pick-me-up before hitting the weights.

If you're a strength athlete or bodybuilder, we can't think of a single reason not to take BCAAs during your workout. Besides the fact that they taste delicious, sipping on BCAAs between sets may help speed up the recovery and repair processes after a tough workout.

A 2010 study published in the International Journal of Sports Nutrition and Exercise Metabolism found that participants who ingested BCAAs at 100 milligrams per kilogram of bodyweight, or about 9 grams for a 200-pound individual, experienced significantly less muscle soreness and damage following a high-volume squat protocol.

It appears that BCAAs, especially leucine, help to regulate protein metabolism by promoting protein synthesis and suppressing protein degradation, which may improve recovery of muscles damaged during resistance training.

Citrulline malate (CM) was originally marketed as an "antifatigue" supplement. In fact, if you were to travel back in time about 40 years, you'd find CM being prescribed to treat both mental and physical fatigue in post-surgery patients. More recently, CM has become popular for its performance-boosting effects.

The benefits seen with CM supplementation are most likely attributed to the synergistic combination of both L-citrulline and malate, which may help to increase rates of ATP during exercise, followed by increased rates of PCr recovery after exercise.

CM may be beneficial in improving exercise performance during upper- and lower-body multiple-bout resistance exercise in resistance-trained men.

Nitrate-rich foods like beets, radishes, and pomegranates are a great way to boost the production of nitric oxide (NO). Although there's very limited research examining the effects of beet root juice and pomegranate extract on resistance training, these ingredients have previously been shown to increase skeletal muscle blood flow and lead to reduced soreness, which may ultimately lead to improvements in strength and performance.

Fast-digesting protein like whey is optimal post-workout as it can help improve your muscles' ability to recover and adapt after strenuous exercise. In fact, consumption of whey protein has been found to stimulate muscle protein synthesis to a greater degree than other proteins like casein and soy.

A recent review article published in The American Journal of Clinical Nutrition highlighted the benefits of protein supplementation and showed that supplementing with protein during prolonged (greater than 6 weeks) resistance-type training can lead to significantly greater increases in muscle mass and strength when compared to resistance training without a dietary protein intervention.

Got milk? Blends of protein, like whey and casein, have been shown to promote muscle hypertrophy and improve body composition to a greater extent than soy-based proteins when consumed after resistance exercise.

While this nonessential amino acid may not deliver earth-shattering PRs or extreme muscle growth, it does play an important role in repair and recovery. Glutamine works by removing excess ammonia, which can accumulate during intense exercise, helping to regulate your body's acid-base balance. Individuals who are engaged in heavy resistance training, two-a-day training splits, or are in a calorie deficit may benefit from the extra support of glutamine supplementation.

Fish oils are an excellent source of omega-3 fatty acids, which provide myriad benefits for the body. For strength athletes and bodybuilders, we're most concerned with their anti-inflammatory and antioxidant properties. Intense resistance training can cause microscopic tears in your muscle fibers, leading to muscle damage and inflammation. While some inflammation is desirable, too much can delay the post-exercise recovery process.

Research suggests that omega-3 fatty acids can help reduce post-exercise muscle soreness and speed up the recovery process, getting you ready for your next session with the weights. As an added benefit, when combined with BCAAs and carbs, omega-3s can increase protein synthesis rates, leading to greater gains in muscle mass.

Best Apple Watch Deals For 2020: Every Series 5 Model Is On Sale

With Presidents Day approaching, we're keeping a look out for Apple Watch deals. See below for some insane deals.

Top Deals on RVs And Motorhomes

When it comes to RVs, everyone wants to get the best quality, the best functional design, and the best utility for the best price. Here’s some links and some information about the best bang-for-your-buck RVs available by class.

Tree care services performed by a certified arborist enhance the natural beauty of your trees and shrubs, helping to preserve their strength, stature, and seasonal character. Stump removal can be back breaking and time consuming so it's a good idea t…